Programming is a challenging task in the world of computers. It is not only difficult to learn but also difficult to code. The long hours of coding can be tiring and tedious. This is where Mini PCs come in handy.

Mini PCs are a great investment for programmers because they are easy to use and affordable. They allow programmers to carry out their work from anywhere with an internet connection without the need for bulky hardware or high-end software packages.

Alright, Let us discuss ‘Is Mini PC good for Programming?’.

Table of Contents hide
1 Is Mini PC good for Programming?
2 Factors that contribute to the selection of mini PC for programming:-
2.1 1.Integrated Development Environment (IDE)
2.2 2.Memory and Storage
2.3 3.Processor (CPU)
3 Advantages of Running programming in Mini PC
4 Why Mini Pc Is A Good Choice For Programming?
5 Things to look at while Choosing a Mini PC For programming:-
6 Final Thoughts:

Is Mini PC good for Programming?

In this modern era technology is upgrading from day to day. This advancement in technology allows us to compress huge computing machines into small portable devices. Nowadays size doesn’t matter a lot.

As a programmer and database expert, I have tried working on different mini computers. You will be amazed to know that most of them turn out to be a great option for programming.

Mini PC is the best option for programming. No matter whether you are working on an IDE like Android Studio or you are just writing your code on a notepad, you will be able to compile it unless or until your mini PC is working fine and have the required memory, storage, and processing power.

The task of selecting a mini PC for programming depends on a lot of factors like the programming language on which you want to work, the IDE that you are going to use, and the type of application that you will build on it.

Factors that contribute to the selection of mini PC for programming:-

I have listed IDE on top of these factors for a reason. It’s an important thing to consider before purchasing a mini PC for programming.

Let’s suppose for a minute that you are an Android developer who works on Android Studio. Most of you might know that at least 8GB of RAM is required to work with Android Studio. Moreover, if you also want to run an emulator along with the Android Studio then sometimes even 8GB of RAM would not be enough for completing your tasks. In this situation, if you purchase a PC with just 4GB of RAM then it can cause problems for you.

That’s why before purchasing a PC for programming, it is a much safer strategy to check the requirement of IDE on which you are going to work.

Mini PCs with just 4 GB RAM are good enough to build and run console app projects. But if you are upgrading your skills from day to day and want to build more complex apps then just 4 GB RAM is not enough. In order to build more complex apps or software, you may need to upgrade it. That’s why to avoid the hectic of changing RAM in the future you should select the right resources while purchasing your PC.

Just like memory, storage options are also upgradable but it’s better to purchase the right thing than to change it in the future. In order to build and run GUI-based projects, you need fast storage. For most people, 512 GB SSD would be the best option.

If you are going to buy any used mini PC for programming then always check whether the processor is above i5 or not. If it’s lower than i5 or the generation is too old then think twice before making any deal.

Usually, any processor like Intel Core i5 (seventh generation or newer) or equivalent works best for programming. However, these requirements could change according to the type of tasks that you are going to perform with a PC.

Why Mini Pc Is A Good Choice For Programming?

Mini PC could prove to be a good choice for programming. I’m not shooting an arrow in the dark. I will prove it to you with solid arguments. I think that mini PCs are a good fit for programming because of three main reasons:

The processing power of mini PCs is extremely great. For a single person’s use, it will be more than enough. Moreover, the main resources like RAM and Storage are upgradeable in mini PCs. So, whenever you feel that you need to upgrade that RAM or Storage then you can do it in a matter of minutes. You just simply need to replace the RAM or SSD (HDD in some cases) with their respective resources. After this, you will be able to see an instant improvement in the speed of your PC.

Moreover, mini PCs come with a compact design. All of the hardware components are arranged properly in the motherboard. The motherboard of mini PCs is designed in such a way that all other components get attached to it without any problem. That’s why the chances of hardware issues are very low.

Furthermore, most of the components of mini PCs are replaceable. You just need to detach the component from the motherboard and after this, you can attach another component with it. Due to this factor, the repairing of mini PCs is also not a headache.

Things to look at while Choosing a Mini PC For programming:-

If you are going to Choose a mini PC for programming then you should be very careful because it’s a one-time investment. Once you made the deal then there is no way back. 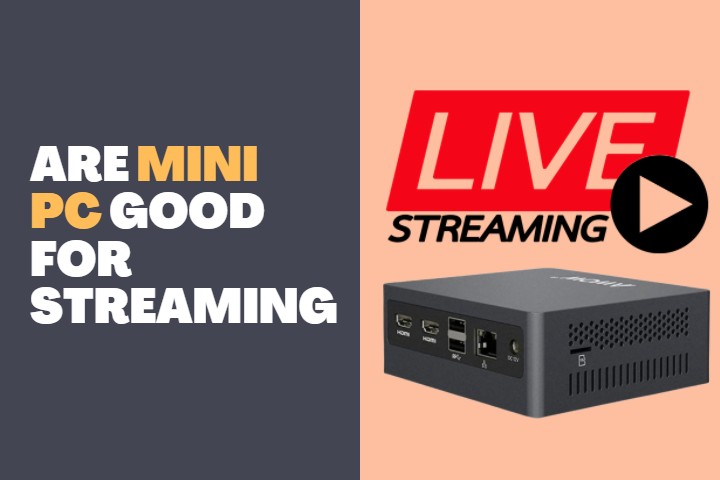