A few years back, intel was making the CPU for Apple MacBooks, iMacs, and Macs. But in the year 2020, Apple introduced the M1 chips which are manufactured by the company itself and it put an end to Intel’s collaboration.

The performance of Apple’s M1 is better in many aspects, especially in the Apple ecosystem. The SoC (System on Chip) technology of M1 worked out very well in terms of efficiency and performance way better than the earlier Intel-based Mac devices.

Although Intel claimed that they are performing better compared to M1 using some benchmarks, in reality, M1 is the better choice when it comes to computing and multitasking.

The comparison between the Intel i7 chips and the 2020 M1 chips will shed some light on the topic and helps you to understand the performance and efficiency of M1 chips.

Is Apple M1 better than Intel i7?

Apple M1’s performance is way better than Intel’s i7. Even though the M1s are SoCs they showed high performance and better efficiency when compared with the Intel-based MacBooks which had dedicated CPU, GPU, and RAM.

Let us consider the MacBooks which used Intel i7 processor and M1 chips to get a detailed insight into the performance.

Intel i7 processor is made up of 6 cores and 12 threads that operate at a base clock speed of 2.6GHz and can be boosted up to 4.5GHz along with 12MB of shared L3 cache.

The M1 is an SoC processor, which combines an 8-core CPU where 4 cores operate for high efficiency and 4 cores for performance along with 8 threads. It has a clock speed of 3.2 GHz and a 16MB of L3 Cache.

In terms of technology, Intel uses the 14nm process whereas the M1 uses a 5nm process to manufacture their SoC chipsets.

In terms of power efficiency, the M1 is way higher than the i7 with a score of 94 while the latter had only 75. This means that the M1 consumes very less electricity and can have a long life than the i7.

The overall core performance is higher and better than the i7 which tells us that the 5nm process and the increased number of transistors have a distinct advantage in terms of performance as well as efficiency.

The architecture of the M1 follows the ARM structure with the SoC technology. Because of this, the CPU can communicate with all the other core components such as the RAM, GPU, Neural Engine, and Memory.

Since the i7 is not an SoC-type chip, the performance depends on the other core components of the PC. Even if we look at CPU-intensive tasks from the benchmarks, we can witness that the M1 is far better than the i7.

Another major difference comes with the nanometer process. The 5nm process of the M1 has a clear advantage over the 14nm i7 processor. Due to the size reduction, the M1 could accommodate about 16 billion transistors which are way higher than the i7.

A large number of transistors help in performing better with faster computing than the i7. Here are some benchmark results to make the performance more apparent.

Apple M1 vs Intel i7: Which is better for gaming?

When it comes to gaming, i7 performs better than the M1. This doesn’t mean that the gaming experience is poor in the M1. The M1 doesn’t run with the native apps and it has to use an emulator called Rosetta 2 for translating the applications for compatibility with the processor.

Even with Rosetta 2, the M1 performs better than the i7. But there is plenty of room for improvement in the i7 which makes it better for gaming.

In the i7, you can install high-performing core components like the GPU and RAM with high specifications. Whereas in the M1, the SoC doesn’t allow you to increase the RAM or install a high-performing GPU. Due to this disadvantage, the M1 is not recommended for gaming.

Read: 7 Reasons Why Your MacBook Pro Mouse Is Disappearing

Apple M1 vs Intel i7: Which is better for Video Editing?

The M1 is the best performer when it comes to video editing. Since the editing depends on the CPU, the M1 performs faster than i7. It can render and edit videos with high resolution in very less time as opposed to the Intel i7.

Therefore, Apple M1 is the processor you need for your video editing needs. You can also check the cinebench score to know the performance.

Apple M1 vs Intel i7: Which is better for Graphics Work?

The graphics rendering and editing are best with the M1. You can work seamlessly with M1 more easily than the i7. The rendering times and the ease of editing are more reliable, powerful, and efficient in M1.

Moreover, the M1 doesn’t get crazy on thermals when compared to the i7 which may go up to 100 degrees Celsius during intense graphic works. Therefore, M1 is a better choice than i7.

Overall, the M1 is a high-performing chipset than the Intel i7, especially for multitasking and content creation.

Being a giant in processor manufacture, Intel has made many advancements with its technology to provide a higher computing potential.

But Apple has also proved with its new silicon that they have engineered a better performing processor that outperforms Intel in many aspects.

This kind of rivalry is healthy because it brings more efficient computing technology and propels the world towards more and more innovations. For now, Apple has succeeded in its new venture with its M1 chips. 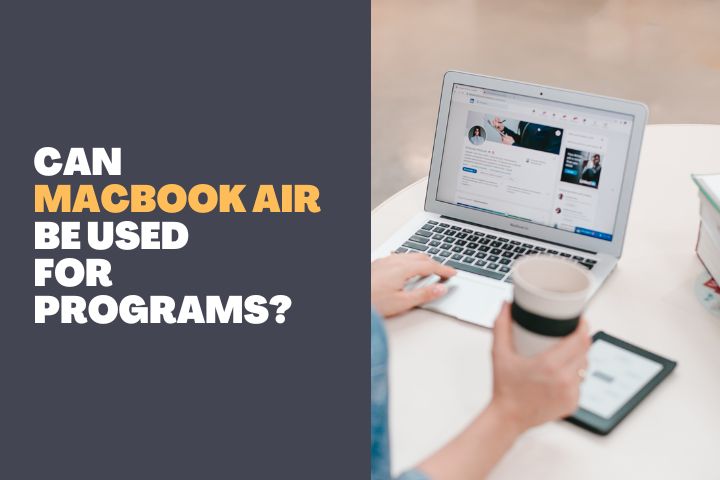