Lightning is inevitable all over the world and it causes real trouble to all electrical and electronic devices. Also, the network devices are not safe from attack.

Especially if you have a tower without any lightning conductor, your network devices such as the router or switch are prone to lightning attacks.

This might damage the connected device. Therefore, you should know how to protect network switch from lightning to safeguard your devices connected to the switch.

Table of Contents hide
1 How to Protect Network Switch from Lightning?
1.1 Surge Protection Devices
1.2 Shielded Cables and RJ45 Connectors
1.3 Earthing the Electric Line
2 What damages network switches can get from lightning?
3 Why network switch protection is important?
4 Does a lightning attack damage network switch every time?
5 Should I turn off my router during a thunderstorm?
6 Conclusion

How to Protect Network Switch from Lightning?

The most effective way to protect your network switch from lightning is to use a surge protection device and Shielded cables.

There are specialized surge protection units for the network switches which helps in cutting the supply off by defusing before the voltage reaches the customer premise equipment (CPE).

This device is popularly called Ethernet Surge Protector. When there is a lightning strike or a sudden surge in power, before reaching the CPE it will be defused. This will help the devices from getting damaged.

A Shielded cable can withstand the heavy current passage through it. The RJ45 connector is grounded and the shielded cables carry the current and diffuse it to the ground. Therefore, this doesn’t harm the devices connected.

The RJ45 connector is grounded which absorbs the heavy current flowing through the shielded cables. Thus, the switch and other devices are safe and secure.

Even though you use separate surge protection devices, it is best to avoid the problem in the first place with proper earthing of the electrical line.

You should earth the whole electrical supply of the building and also install a lightning conductor which can transfer the heavy current to the ground.

Earthing the electrical line in the building will avoid power leaks, charged surfaces and avoid electrical shock from the devices. Therefore, the electrical supply must be properly earthed irrespective of its location.

Also, if you suspect lightning in your area, it is advisable to remove all the electronic devices from the plug so that you can be extra careful about the damages.

What damages network switches can get from lightning?

Lightning is a sudden flow of heavy charges due to the collision of charged clouds. Therefore, lightning brings a lot of heavy electrical current in a fraction of a second. This heavy flow of current cannot be contained by devices that run with 220-230V.

So, when the lightning is struck on a building, if there are no lightning conductors, heavy current may pass through the building and damage the electrical supply. Thus, damaging the whole unit. The devices connected to it such as the ethernet, network switch, etc. will also get damaged due to the large current flow through them.

This will result in poor or no connectivity with the ethernet through the switch. If you are using a PoE switch, you will not be able to link to the access point. Too much power surge may even damage the switch physically. These are some of the damages done by lightning to the network switch.

Why network switch protection is important?

Network switch connects a lot of devices. Since a router can only connect up to 4 devices, a network switch can connect around 48 devices. Due to a large number of ports and high connectivity, damages happening to the switch may damage the connected device.

It may not be very costly to change a network switch, but replacing a PC or Laptop connected to the switch might be real trouble. Also, if the switch is not protected the CPE might get damaged and it can shut down the ethernet connection.

Therefore, it is very important to safeguard the network switch to protect the internet connection as well as the connected device.

Does a lightning attack damage network switch every time?

No, lightning does not fall over a place quite often. If you have a lightning conductor, it will be easily taken care of. Also, it is not a condition that lightning always corrupts the network switch and ethernet.

But you should be careful in safeguarding the devices and the switch from any kind of power surge. Even though lightning can be rare, sudden power surges in the electrical supply are also possible quite often. Therefore, it is important to protect these devices from a power surge and an enormous power surge known as lightning.

Should I turn off my router during a thunderstorm?

No, turning off your router during a thunderstorm will not protect it from lightning. You should turn off your devices, however, if you are in the room with it and it starts to rain heavily.

If you are not in the room with your router and there is a storm outside, you should unplug all of your electronics and appliances to avoid any power surges.

Nothing should prevent you from doing your job over the internet. Network switches enable you to access the internet with the help of its ports and you can connect many devices with it. But you should be careful in protecting the device from any kind of power surge so that you can have uninterrupted access to the network. 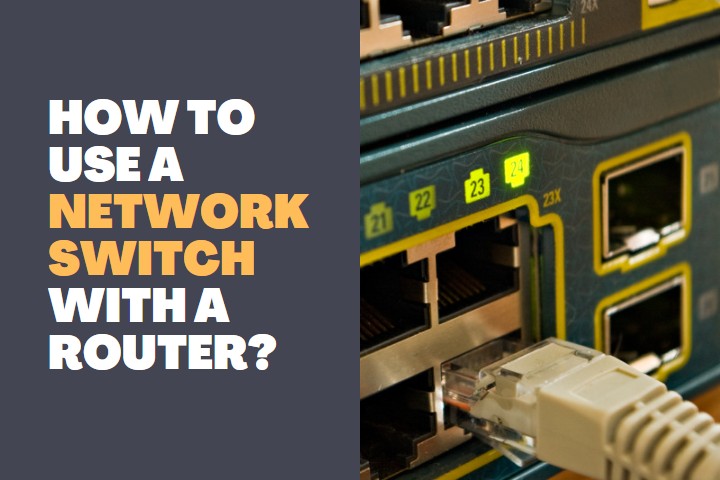 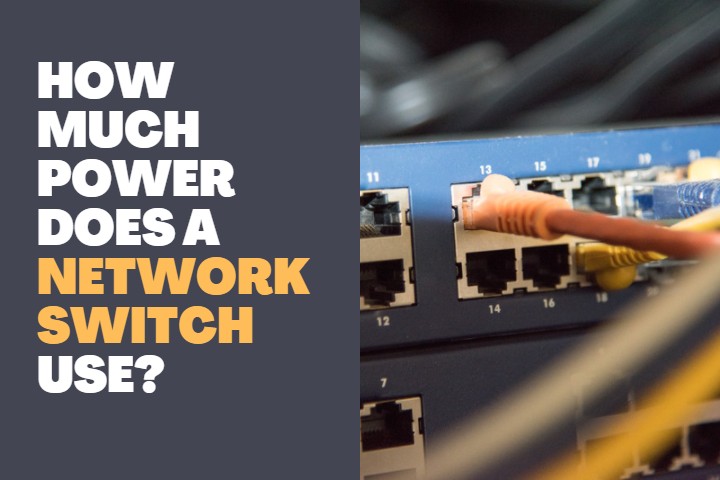