The Blue screen famously known as BSOD (Blue Screen of Death) error is a complete system failure that occurs due to software or hardware issues. The PC suddenly shows a blue screen with an error message with a STOP code.

The BSOD is also called a Stop code error due to this. BSOD can be resolved with certain fixes. But when it occurs, all your work will be deleted and your PC goes for a restart.

In the newer versions of windows, the PC automatically takes an error report and restarts by itself. Let us understand Can Power Supply cause Blue Screen? and what other reasons might cause it.

Table of Contents hide
1 Can power supply cause blue screen?
1.1 How does PSU affect the PC and how it can cause BSOD?
2 What are the best ways to fix this problem?
2.1 Replacing the PSU
2.2 Look for what you did before the BSOD
2.3 System Rollback
3 Why repairing the power supply is a bad idea for this issue?
4 What are some of the reasons for the blue screens?
5 What is Power Supply prevention and mitigation? (safety measures)
6 Can blue screen damage other hardware?
7 Conclusion

Can power supply cause blue screen?

There are possibilities for your PSU or Power supply unit to cause the BSOD error in your PC. The cause is actually indirect which means, if you have chosen a PSU of lower quality or lower wattage than the required specification, it affects the hardware. Let us discuss this in detail.

How does PSU affect the PC and how it can cause BSOD?

The choice of PSU is an important one when you are building a PC. According to the components you have chosen and their respective wattage consumption, you have to choose a PSU.

The PSU is responsible for supplying the required amount of current that will power the components attached to the motherboard.

Without the proper choice of PSU, major components like the CPU, RAM will not get the proper voltage required to function.

When you have a PSU with a wattage lower than what is required, the processor and memory cannot perform properly. So, the processor commands for an abrupt shutdown cause the BSOD error.

So, incorrect or insufficient PSU affects the hardware which then causes the blue screen error to occur. If you fix the issue, you can easily get rid of BSOD.

Apart from this, the wrong choice of PSU can cause random shutdowns and sudden freezing of the applications. Due to excessive heat, it may also lead to heavy noise from the PSU noise.

Therefore, a wrong PSU has the ability to produce such errors and not fixing it may lead to repeated episodes of such errors.

What are the best ways to fix this problem?

Here are some of the popular ways and guides to fix the blue screen error in your computer.

Look for what you did before the BSOD

Why repairing the power supply is a bad idea for this issue?

Repairing will not resolve the blue screen error because the error occurred due to the insufficient wattage of the PSU. So, you have to replace the PSU instead of repairing it.

While replacing the PSU, go for a higher wattage than the actual requirement so that you will not have any problem with the voltage supply to the components even if you upgrade the components in the future.

What are some of the reasons for the blue screens?

The blue screen is often accompanied by an audible alert tone (e.g., a beep) and may include an error code (e.g., “0x0000007B”) in the lower-right corner of the screen to indicate more precisely what caused the system failure. There are many reasons for the blue screens. They can be caused by some reasons below:

What is Power Supply prevention and mitigation? (safety measures)

The power supply is a key component in any electrical system, and it needs to be protected from the risks of a power outage. The safety measures for a power supply can be split into two categories: prevention and mitigation.

Can blue screen damage other hardware?

A blue screen of death is a very common error message that appears on a computer screen. It usually happens when the computer is running an operating system, and it means that the software has encountered a critical error and cannot continue.

A blue screen of death can damage other hardware because if the computer crashes hard enough, this could result in physical damage to the motherboard. This is not something you want to happen because it will cost you more money than just replacing one component at a time.

BSOD is not an unsolvable issue. Rather if you find out the exact nature of its occurrence you can easily resolve it. It is very important to note down what you were doing before the occurrence of the error so that you can undo it to resolve the issue. If the issue arose due to the faulty PSU, then replace it to resolve the error. 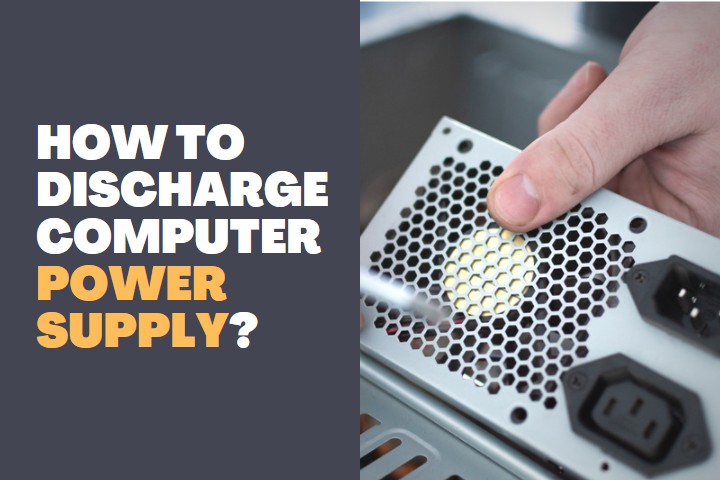